Centurion Kyle Verreynne spearheaded the Cape Cobras to a tight three-wicket victory, in pursuit of a 283-run target, against the Knights in Tuesday’s key Momentum One-Day Cup clash at the Mangaung Oval in Bloemfontein.

Verreynne welcomed a maiden List A career century en route to 114 not out, which spanned 119 deliveries – and featured a dozen fours and no sixes. His previous best was 84, struck against the Warriors at Boland Park in Paarl earlier this month.

His shot selection through the off-side was superb, while stroke play across the leg-side impressed throughout the a workmanlike innings, especially against fast bowler Marchant de Lange’s predictably short lengths. 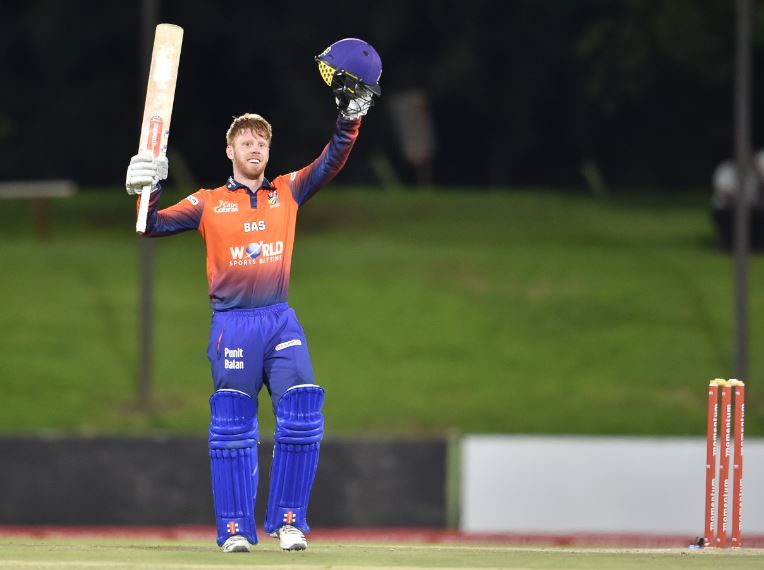 Earlier, the Cobras limited the Knights to a final total of 282 for six. Host captain Pite van Biljon anticipated a higher score after winning the toss and opting to bat first.

Openers Grant Mokoena and Andries Gous presented a promising start, sharing a 57-run alliance. Middle-order duo Ryan McLaren and Keegan Petersen continued the good work and, at 175 for two inside 38 overs, the home side were ready to capitalise to 300 and beyond.

They squandered opportunity, though, as the visiting bowling attack fought back. Gous, McLaren and Petersen enjoyed half-centuries, but no-one converted to a ton. Gous and McLaren are inspired talents, while McLaren is enjoying limited-overs competition after recently retiring from first-class cricket.

Spinner Linde proved satisfyingly economical en route to figures of one for 27 across tight overs. Young fast bowler Akhona Mnyaka took the most wickets, but was expensive, amid two for 61 in eight. His haul included the key dismissals of McLaren and van Biljon.

Prior to Tuesday’s result, the Cobras had only beaten the Knights once in five Momentum One-Day Cup meetings since early 2016. The Knights and Cobras will play again on Friday, against the Dolphins in Paarl and Warriors in Kimberley, respectively.